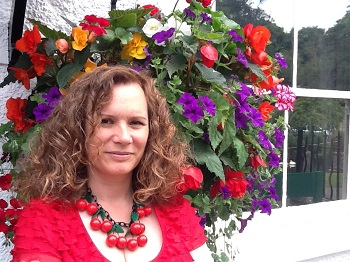 Caroline Dunmore cares passionately about London’s heritage and interpreting it in an engaging way. With her unique combination of academic and guiding qualifications, she designs guided walks that give you a special insight into London’s art and architecture and the role Londoners have played in the history of ideas. Caroline also has a particular interest in the capital’s museums, galleries and historic houses and how their collections can illuminate London’s rich cultural heritage for you.

Why Tales of Two Cities? Caroline believes that London is the most fascinating city in the world. You probably agree. But what you may not know is that, as a consequence of its unique history, London actually comprises two cities: the City of London and the City of Westminster.

The City of London, also known as the Square Mile, is the business and financial centre of London. Its history goes back two thousand years to the time of the Romans, and remains of its medieval past can still be seen alongside ultra-modern architecture. World-famous landmarks of the City of London include St Paul’s Cathedral, the Bank of England and the Gherkin.

Here are some of Caroline’s favourites from her portfolio of walks.

Master Builders: The Architects of Georgian London — A walk from Burlington House to Somerset House, showcasing some gems of Georgian architecture and bringing alive the architects who designed them.

Fabulous Creatures: Mythological and Allegorical Figures in Public Art — A walk around the heart of the City, highlighting the use of symbolic figures in architectural sculpture and telling the stories behind them.

Enquiring Minds: Scientists, Explorers and Other Innovators — A walk from King’s College to the Royal Institution, introducing some of the great minds who have lived and worked in London and describing their innovations.

Family Business: Dynasties in Art and Architecture — A walk around the architectural highlights of the City, explaining the family relationships and business partnerships among the architects and sculptors responsible for creating them.

Art World: The Artists, Collectors and Dealers of London — A walk in Westminster, uncovering the history of the Royal Academy and the National Gallery and introducing some of the artists, art collectors and art dealers who made London a world art centre.